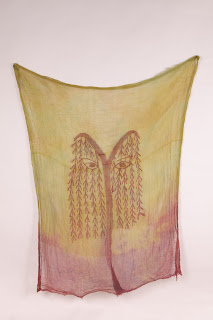 "The girl was not there." 17 different sizes works, drawing and sewing on textile, 2016

The 32nd Bienal de São Paulo will showcase the exhibition “Incerteza viva (Live Uncertainty)” from September 10 through December 11, 2016, at the Ciccillo Matarazzo Pavilion.
The focus of the exhibition will be on the notions of uncertainty and entropy. It aims to be a reflection of sorts on the current condition and quality of life that we lead in a time marked by constant change, and the proposed action offered by contemporary art to inhibit these uncertainties.
The final list presents a selection of participants from over 33 countries, with women artists representing over 50 percent of the list. This ensures diversity and the opportunity to look at different knowledge systems as complementing rather than excluding each other.
http://www.bienal.org.br/evento.php?i=2367
http://www.blouinartinfo.com/news/story/1461934/life-in-times-of-uncertainty-at-sao-paulo-art-biennial-2016
http://www.e-flux.com/announcements/curatorial-approach-and-artists-announced-for-32nd-edition/ 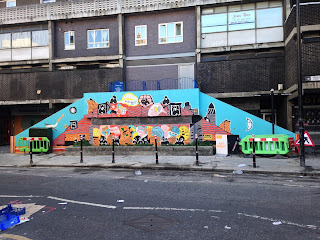 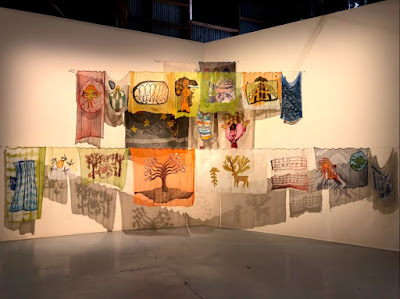